A FORMER waitress who earned just £3.50 an hour working 10-hour shifts told how she quit to become a sugar baby a year ago.

Drowning in debt and struggling to provide for her two sons, Maria turned to Millionbb.com – a website designed to introduce sugar babies to sugar daddies – and is now living the high life, thanks to affluent men who are eager to date her.

Insisting their meetings are strictly platonic, Maria, of Baltimore, Maryland,  says her sugar daddies are so generous – with one clearing her beauty school student loan debt of around £7,800 ($10,000) – and happily giving her £1,500 almost every week – that she now survives solely on the money they provide.

She said: “I’m a single mum, so before becoming a sugar baby money was always a struggle. I was working 10-hour shifts, six days a week, at a local diner and getting next to no money.

“I couldn’t afford to pay the rent or bills, let alone pay for childcare for my kids. I felt like it was all getting on top of me.

“Becoming a sugar baby has transformed my life. I’ve quit my job, I’m debt free, and I get to go and buy designer handbags.

“I can finally support my sons and treat them to nice things like PlayStation games and expensive clothes – all thanks to my two sugar daddies.”

In 2018, when she spoke to a friend about barely scraping by on her wage from the diner, Maria, who wants to withhold her sons’ details, was told becoming a sugar baby could solve her financial woes.

So, she started looking to meet men online who were willing to pay hard cash for good company.

“I’m an open-minded person and I was quite intrigued, so I just thought I’d give Millionbb.com a try,” she said.

They’re all high-powered men, who are really busy, so I guess they just don’t have time for conventional datingMaria Young

“To be honest, it’s just like any other dating website. You can put in what type of man you’re looking for in terms of interests and looks and just go from there.”

Now a seasoned sugar baby, Maria believes the website is filled with rich businessmen who lack the time to date someone in a more conventional way.

“They just want someone to hang out with,” she said. “They’re all high-powered men, who are really busy, so I guess they just don’t have time for conventional dating.”

After striking up a conversation with a divorced gentleman in his sixties last year, he and Maria agreed that he would lavish her with expensive gifts and cash handouts in return for her spending time with him.

But to ensure there were no “misunderstandings” Maria made her sugar daddy sign a contractual agreement.

“I didn’t want there to be any misunderstanding or mix ups. It’s a business transaction at the end of the day,” she said.

“On the contract I outlined what I would and wouldn’t do, and I made it clear that there wouldn’t be any sex and I wouldn’t take any sort of harassment.

“There’s nothing wrong with a little bit of affection, like holding hands, but I’m not willing to go any further than that.

“It’s just about keeping them company and having a good conversation.”

Admittedly, before they went on their first date last year to an expensive restaurant Maria was apprehensive, but she was left pleasantly surprised when she quickly built a rapport with her sugar daddy.

“He’s not someone I’d usually hang out with. He’s a consultant in the fashion industry and he’s a bit high maintenance,” she said. “But he was wonderfully charming, bubbly and sophisticated.”

In fact, the pair got on so well they decided to see each other again.

She said: “I drew up a three-month contract outlining what was expected from our arrangement – and it’s worked out so well we’ve renewed it three times.

“I usually see him around once a week and we go for dinner, a movie or we go on a shopping spree, where I’m free to pick out whatever I want.

I buy designer clothes, shoes and handbags – I have no idea how much he’s spent on me in gifts in the last year, at a guess I’d say around $15,000Maria Young

Maria does not specify the amounts her sugar daddies must pay her at a time, instead leaving it up to them to give her as much cash as they wish.

Not only does Maria now enjoy the finer things in life, she is also debt-free thanks to the generosity of her sugar daddy who paid off her student debt which she accumulated when she studied cosmetology at beauty school.

“I owe a lot to my sugar daddy – he’s done so much for me. If our arrangement ever did come to an end, I’m sure we’d stay lifelong friends.”

She’s also been able to visit destinations that were previously out of her price range.

“We went to New York in May, we stayed at the Embassy Hotel in Manhattan, and flew business class,” she said.

“I’d always wanted to go but I’d never had enough money. We went for three days and visited all the tourist attractions, also going out for fancy dinners every night.

HOW DOES BEING A SUGAR BABY WORK?

Some sugar babies ask for a monthly allowance, while other get ‘expenses’ in the form of glam holidays and shopping sprees

It is so popular a Sugar Baby Summit was held on April 13 in New York, having been held in London last year.

The website described the event as: “Whether you need help getting a Sugar Daddy or you want to make new friends, Sugar Baby Summit has you covered!”.

“He paid for my babysitter and the whole trip was all-expenses paid.

Even when Maria – who has not told her friends and family that she is a sugar baby – and her sugar daddy enjoy trips away she makes sure to maintain the rules outlined in the contract.

“I would never stay in the same hotel room as him – he always pays for me to have my own private suite,” Maria said.

“In New York he had champagne and flowers waiting for me in the room, it was lovely.”

And, even though he has helped her so much financially, Maria keeps her sugar daddy very separate from her everyday life.

“I’ve not introduced him to my sons, and I don’t think I ever will,” she said.

“I like to keep him separate and he does the same with me. When we go out to an event together, he introduces me as a friend or a colleague to people he knows.”

Seeing the financial benefits of a sugar daddy and sugar baby relationship, two months ago Maria embarked on a second arrangement with another man.

“I started going on dates with another older sugar daddy in his sixties who works as an engineer,” she said.

“We’re also tied into a three-month contract and, so far, he’s gifted me a beautiful Givenchy dress, a diamond watch and taken me out for lovely meals.

“I’ll have to get to know him a bit better first, but he seems generous.

And neither of her sugar daddies minds that their sugar baby is not dating them exclusively.

“They both know about each other, but they don’t ask any questions,” she said.

“They give me gifts and money for the time I do spend with them and when I’m not with them it’s none of their business what I do.

“I wouldn’t mind if they had other sugar babies either.”

But her sugar baby career means Maria’s actual love life has taken a back seat.

“I do eventually want to settle down with someone, but I’ve got it way too good at the moment to even consider that,” she said.

“To be honest, sugar daddies take up all my spare time.

“I’m happy being single and I couldn’t imagine going on a proper date and having that difficult conversation, where I told them what I do for work, so I think it’s best I leave dating alone for a while.”

A spokesperson for Millionbb.com explained that members are encouraged to be up front about their expectations and what they can offer in a partnership on their profiles, saying: “People seeking non-traditional relationships, including non-monogamy, polyamory, age and wealth disparity, etc. have always existed.

Despite her lack of love life, Maria insists she has no regrets about becoming a sugar baby.

She said: “It’s the best decision I could’ve made. It’s really benefited my life and both my son’s lives.”

And she would encourage other young women to follow in her footsteps.

She said: “Just go in with an open-mind.

“Yes, you’ll come across some weirdos, but you’ll also find someone brilliant – like I did.

“Don’t ever get discouraged as there’s every chance this could change your life for the better.” 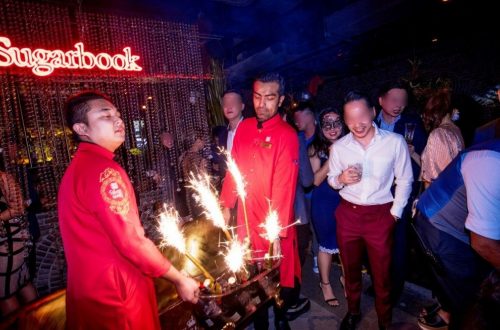 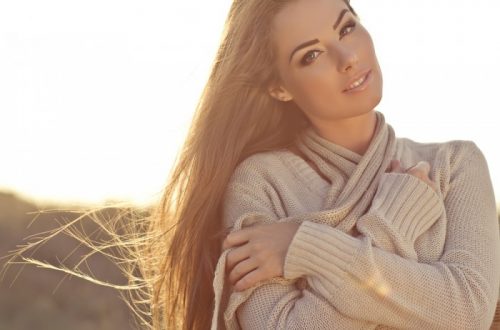