Sugar baby and daddy relationships have been a taboo topic for as long as the concept has been around. With some people saying that it’s anti-feminist because it’s reliant on men and others saying that it’s inherently feminist because it’s all about consent, the controversial idea is one worth exploring. Like many things, there are different levels and spectrums of sex, dating and romance to sugaring relationships, and they can’t be defined by one stereotype.

We sat down with a sugar baby who has just started out in the industry to see what her experience was like. We’ve kept her identity anonymous for obvious reasons, and would also like to point out that this is one person’s perspective in a medium-sized city in Canada. Read the interview below to see what she has to say about her sugar baby job so far.

Tell me a bit about yourself and your background.

I’m a student full-time, and I work two jobs, not including sugar babying. My life is basically studying and working, and managing to have a good time and not time-managing very well.

I also want to say that I’m in a really privileged spot that I recognize. I got into it because I wanted to, and it was optional for me. It’s not something I have to do out of survival as a white, middle-class woman.

What made you decide to start being a sugar baby?

Literally curiosity. One of my friends did it and she was like, “You should try it now that you’re single for the first time.” I wasn’t really interested in online dating, but this was something different and out of my comfort zone. I don’t know how long I’m going to do it for, but it’s something I’m doing right now.

How do you find your sugar daddies and how do you make sure it’s safe?

I go through this website called Secret Benefits. I’m really picky about who I go on a date with. I make sure to feel it out and have conversations with them. If I’m comfortable enough, I’ll go on a date with them in a public place, and I’ll leave my location on and let my friends know where I am.

What was your impression of sugar baby and daddy relationships before, and what has changed since?

Are there any misconceptions about sex and romance in sugar baby-daddy relationships?

I thought on the first date, the men would pressure you, but for the most part, they don’t want the sex aspect if there’s no connection. There are men out there that really just want someone to take out for dinner dates. I found with the website that it’s really open about intentions right from the beginning. You can pick and choose who you see. There’s oddly a lot of communication about boundaries which is really cool. You can just be blunt about what you want.

Most of them have been really good with boundaries and they’re really aware and ask if you’re comfortable. I’m sure not all of them are like that, but I have one sugar daddy that I mainly see who we have a good connection. He’s really good with consent and says that if at any time I’m not feeling it, it’s no hard feelings. He doesn’t want me to feel trapped ever. He just wants me to feel empowered to do my own thing, and it’s cool because I’m attracted to him too.

After texting, we’ll go for a drink or dinner. If there’s a connection at all, we’ll keep seeing each other. I usually don’t do pay-per-meet which is a personal choice. I find that it makes them more comfortable and it makes me more comfortable to actually get to the know the person.

Speaking of pay-per-meets, how much can a sugar baby make?

I haven’t talked to many sugar babies, but what I found is that it’s around $200 CAD a meet. Sometimes they bring gifts, sometimes not. I have this one client and his pay-per-meet rate was $500 CAD just to go for dinner with no expectations, so it definitely depends. That same man also paid me $2,000 CAD cash just to make out with him, which is completely unheard of.

Honestly, customer service has prepared me all my life for this because I’m really good at interacting with people that I wouldn’t necessarily go on a date with regularly. It’s been really interesting seeing where my boundaries are. I’ve never really thought of myself setting prices.

Q: If you don’t do pay-per-meets, how do you charge for your services?

There are very different styles. Mine’s a lot more casual. The advice I originally got was to get them to transfer you right away and don’t meet up with them unless they pay you. I just didn’t really feel comfortable with that.

I want to maintain a relationship where I don’t have to charge every time because I think in the long-run, they’re more willing to care about you if they think you’re not just there for the money. That’s just my business model to act like it’s more of a date, but also, a lot of men can take advantage of that so you need to be careful.

There are two people in particular that we got comfortable enough, so they give me money every other time. From that, there have been sexual connections that I actually want to engage in because I’m attracted to them and I care about them. On the other hand, the $2,000 CAD guy, he’s someone I would not do that with.

Obviously, men. I want to see more sugar mamas out there for the record. They exist but I haven’t seen them. They’re mostly men that are late 30s and up. Sometimes single, sometimes not single. They’re usually well-off and self-employed.

I sometimes ask them why they haven’t just dated, and usually, it’s because they don’t have time for regular relationships and this is a lot more flexible. A lot of them just want to feel like they’re helping something. They genuinely just want someone to mentor.

I always tell them that I work a lot and go to school full-time and they like that. I think I’ve had lots of success because they want their money to go towards someone who has goals. They want to help you with your goals, and they want you to succeed. That dynamic has been really cool.

When or if you tell your friends, what is their response?

I’ve told a lot of my friends and they’ve been really supportive. I’m really open with my family but I haven’t told them. I think they would see it as I have no respect for myself, and that I’m in a really hard place and I can’t go to them.

A lot of people think of it as anti-feminist because you’re relying on men to pay your way through things, but this is hard work. You get put in uncomfortable situations and you learn your boundaries. In a way, it’s very entrepreneurial. This is my side hustle.

I’m getting into a relationship, and I haven’t been sugaring since, but I’m polyamorous as well so I think he would be understanding. I’m still figuring it out. I think I’ll slowly introduce the idea to him and I think he would be fine with it. That’s a new obstacle and I have to take it as it goes.

What is the weirdest experience you’ve ever had?

There’s two. One was when my sugar daddy accidentally came into my work not knowing that I work there. He was totally chill, and he texted me saying that he wasn’t going to say it anything. It was kinda fun because it was flirty but at the same time I was like, “Worlds colliding!”

The other is the guy who gave me $2,000 CAD — he’s getting a bit attached. He said he likes me enough that he would buy me a house if I accidentally got pregnant. He said he’d give me a credit card directly from his account. I’m being really careful with him because it seems like too much, and he wants something different than what I want. I’m really aware, because I don’t want to feel pressure to stay with him. 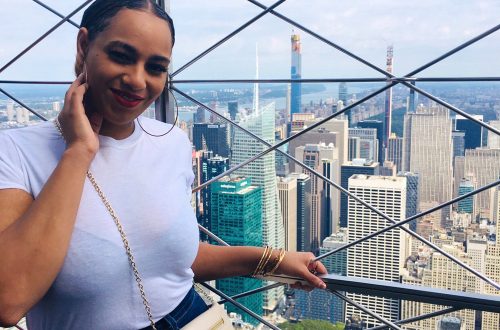 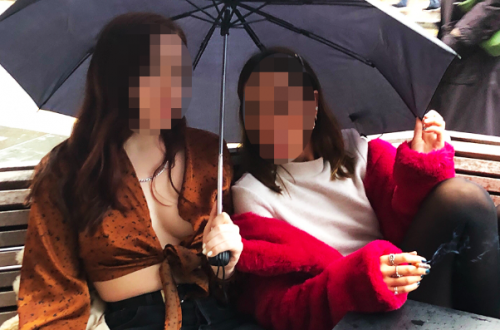 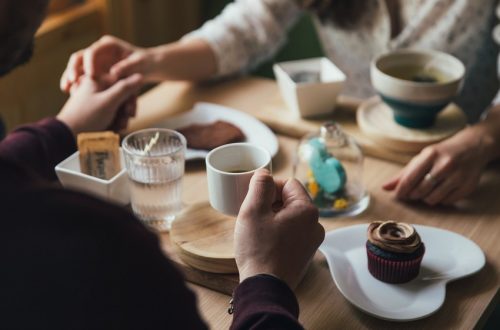