Felice Ang, 23, gets $3,000 from her sugar daddy on top of her regular income. In addition, she’s showered with expensive gifts and experiences, from yacht trips to laptops and the latest iPhone. She shares with us how she entered sugar dating, and if providing sexual services is part of the ‘job’.

“Lucky” and “grateful” were words that Singaporean Felice Ang, 23, used to describe her state of mind when she’s with her boyfriend.

And the expensive gifts and experiences that he showers on her? They are a “privilege” of their relationship.

The gifts include hotel stays, the latest gadgets and custom jewellery. That, as well as cold, hard cash.

If this all sounds a little odd, that’s because these are perks that Felice enjoys as a “sugar baby” to her 35-year-old “sugar daddy”.

Felice, a member of controversial Malaysian-based sugar dating site Millionbb, shared with AsiaOne how she entered sugar dating, the process of finding her sugar daddy, and if providing sexual services is part of the job.

She meets us at Orchard (our choice) dressed in an off-shoulder wrap dress with a crotch-high slit that threatened to expose her with every step. A pair of matching heels appeared to lend her an awkward gait. Instead of a Louis Vuitton or Chanel we were expecting, a Kate Spade bag hung over her shoulder.

For Felice, choosing to be a sugar baby “two to three years” ago stemmed from a very basic motivation: money.

Then an undergrad, Felice described her decision as a “necessity” for her at the time, so that she could afford her university fees that were “well into the $50,000 range”.

She declined to reveal which university she graduated from, except that it’s “one of the top universities in Singapore”.

Her parents, who work in F&B, were unable to cope with her hefty student loans, and Felice, an only child, struggled to keep herself in school working two part-time jobs.

At her lowest point, Felice said she subsisted on just instant noodles and a loaf of bread for a week.

Said Felice: “I got to know about sugar dating when I was attending one of my student hall parties.

“Some of my mutual friend’s girlfriends were talking about their ‘sugar daddies’ very excitedly, so that got me intrigued.

“They introduced me to the ropes of [sugar] dating, so that got me more familiarised with it.”

So what are the rules exactly?

Another requirement that the agency demands, according to Felice, is exclusivity on both sides, but like many relationships, faithfulness is not something one can easily enforce.

THE WORLD OF SUGAR DATING

Some websites explain that a sugar relationship is one where one party, usually male and the sugar daddy, provides mentorship and financial support to a much younger woman. In exchange, the sugar baby offers whatever the sugar daddy requires of the relationship.

However, Felice stressed that sex is not an obligation and what they are doing is not akin to prostitution.

“So the thing about sugar babies is people tend to think that we are illegal sex workers, but we are not,” said Felice.

“Actually, we don’t have to provide sexual services to our sugar daddies. Mostly, we provide emotional support to our dates, or my boyfriend, as I like to fondly call him.

“Whenever he’s in Singapore, I’d like to provide him with the companionship to understand each other better, to build on our relationship. So that’s what we like to term ‘having our needs met’.”

Felice’s first sugar-dating relationship which lasted more than a year was with an Indian expatriate. The arrangement ended after he was posted to the US.

Her current sugar daddy of almost six months is a 35-year-old British banker who’s divorced. She meets him about twice a month when he flies in to Singapore.

When prodded, Felice let in that both her sugar relationships were sexual, but made sure to let us know that she sees it as a natural progression of any relationship.

Describing sugar dating as “just like normal dating”, Felice said she met with three guys before settling into her first long-term sugar relationship.

“Like Tinder, the first guy may not be the first one for you.”

And not every date is like a scene out of Pretty Woman either.

Said Felice: “Usually, my current sugar daddy will make a reservation at a restaurant, so that’s why I see him, to have dinner with him over wine and dessert.

“But if he’s too busy to [make] a reservation at a restaurant, I do go to his residence to have dinner with him. I’m very lucky that he stays near the beach, so we can get to enjoy some leisurely strolls along the beach.”

On dates, Felice has no qualms about being physically intimate either.

“First date, I mean you can hug, you can kiss, that’s fine. (Anything further?) No, because the first date is for me to learn about him as a person, and not even (to) consider him as my sugar daddy arrangement.”

Dating a married man is where Felice draws the line.

“Personally, I will not date a married man. Because as much as I believe in sugar dating, I have my own parents, so I don’t wish [for] my father to have another sugar baby outside when he has my mum, so likewise, I don’t want to be the party that cuts into another man’s marriage.”

Another thing that she would not tolerate is disrespect from her sugar daddy. The word “respect” was bandied about a lot by Felice in our conversation.

“Even though he’s very successful and I’m just starting out [in my career], we also work hard for what we get, so we should respect each other.

Physical violence is also a no-no.

“My boundaries are not to inflict hurt on each other. So there should not be any physical act that could potentially leave bruises behind,” she added, before clarifying that nothing of the sort has ever happened.

Expectedly, being a sugar baby has its other downsides. For example, close friends who cast aspersions on her.

“I mean, the ones that are closer to my age, they’ll misunderstand me. They’re like, ‘Why do you choose sugar dating, are you only in it for the finances?’

“But those older ones [who are] 28, 29, they understand that a relationship needs some solid ground to build on,” she shared.

In fact, Felice defended sugar dating as a form of female empowerment, where women have a choice on the type of relationship that they want to pursue.

It left an indelible mark on her. “I was working abroad doing my internship when we parted, so I felt hurt in some way also. I wished it didn’t happen repeatedly because then it’s quite painful.”

Felice also saw how a friend’s five-year relationship ended due to the intrusion of a third party. “I think everybody has that kind of experiences, which is why I feel that sugar dating is not so painful,” she shared.

FROM SUGAR DATING TO MARRIAGE?

If it sounds like sugar dating affords one quite the life, it probably does, but at what price?

Surprisingly at the end of our interview, Felice threw a button-up shirt over her dress and swapped out her high heels for a pair of flats before heading home.

Perhaps it had to do with the fact that her parents remain in the dark about what she does, but we get the impression her get-up was just a front put up for the interview, and possibly for her dates.

Sans the thick makeup which ages her by several years, we are sure the braces-wearing young lady in front of us could still pass off as an undergraduate.

Describing her current relationship with her sugar daddy, Felice at times sounded almost over-accommodating and, dare we say, subservient, in putting his needs above her own.

But she views it as learning to “manage my emotions”, part of being “understanding” in the relationship, and disagreed when we likened it to providing a service for a client.

Despite her remonstrations, a relationship of such unequal footing begs the question: can it be real?

And it seemed Felice is under no illusions that sugar dating would transform into a long-term “love relationship”. To be a sugar baby, one has to be practical, she said.

“I do believe in love, but when I go through sugar dating, learning about my boyfriend (and his failed marriage), I realise that love can be a double-edged sword,” said Felice.

“As long as they have the ability to keep up with the meeting frequencies, and with him I enjoy the finer things in life, that’s sufficient.”

“I think in sugar dating this is the thing we have to realise. We have to be not so emotionally attached to the arrangements. 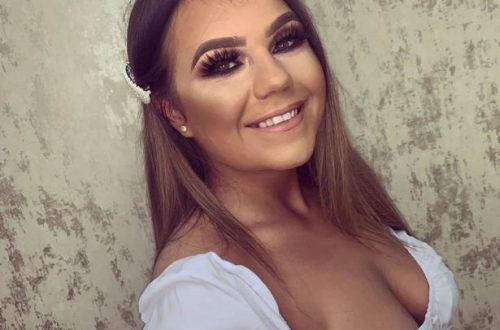 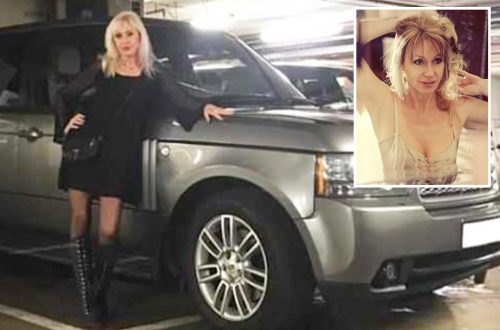